We inform you that GD Granit AD, as the leader of the group of bidders, GD Granit AD Skopje and Rapid Bild DOO Kumanovo, has signed a Contract with the Joint Stock Company for performing energy activities MACEDONIAN ENERGY RESOURCES SKOPJE in state ownership.

Subject of the Contract is Construction of the main gas pipeline section Negotino (Kavadarci) – Bitola. 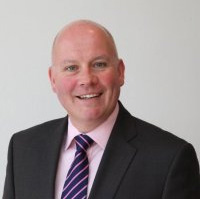 Granit AD Skopje, informs shareholders that this year’s meeting of shareholders for 2016 will be held on 14.06.2016 year at 12:00 o’clock in Hotel Granit in municipality Kozle.

Materials for the agenda items:

8. Draft decision on approving the work of the Company’s Management and Supervisory Board members (download PDF)

11.Draft decision on selection of auditing firm to audit the annual accounts and financial statements of the Company for 2016 (download PDF)

Here are the latest contracts that GRANIT has signed in the month of April.

END_OF_DOCUMENT_TOKEN_TO_BE_REPLACED

GD GRANIT AD continues with it’s operation for the territory of the Republic of Macedonia.

These are the latest contracts that GRANIT has signed with the Ministry of Finance, Ministry of Transport and Communications and Public Enterprise for State Roads.

END_OF_DOCUMENT_TOKEN_TO_BE_REPLACED

Decisions from general meeting of shareholders held on 22.05.2015

On 05.22.2015 the Shareholders of Granit AD Skopje held a meeting where the following decisions were made:

END_OF_DOCUMENT_TOKEN_TO_BE_REPLACED

GRANIT has been commissioned to execute the functional additions to the traffic with the rehabilitation of the Upper Konjare intersection of State Road A1.

Part of the work involved construction of a retaining wall on the embankment interchange Gorno Konjare.

“Granit” will complete construction of the facility “Macedonian Philharmonic”, from the project “Skopje 2014” for 5.6 million euros.

The deal was issued by the Ministry of Culture and awarded to the construction company “Granit” in mid-February.

END_OF_DOCUMENT_TOKEN_TO_BE_REPLACED

Granit world headquarters are in Skopje, Republic of North Macedonia.
Working Hours: Mon to Fri 08:30 to 16:30

You can find out more about which cookies we are using or switch them off in settings.

This website uses cookies so that we can provide you with the best user experience possible. Cookie information is stored in your browser and performs functions such as recognising you when you return to our website and helping our team to understand which sections of the website you find most interesting and useful.

Strictly Necessary Cookie should be enabled at all times so that we can save your preferences for cookie settings.

If you disable this cookie, we will not be able to save your preferences. This means that every time you visit this website you will need to enable or disable cookies again.